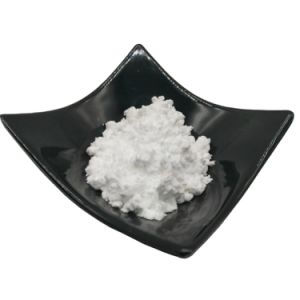 Description:
Milk thistle originally is from Europe, the ingredient responsible for milk thistle's medicinal qualities is called silymarin. Silymarin is a flavonolignans that has been introduced fairly recently as a hepatoprotective agent, it is the most well known compound of the flavonoids, thanks to its well defined therapeutic properties, and in reality it is a mixture of three structural components: silybin or silybinin, Isosilybin, silydianin and silychristin, studies in animals have shown that silymarin promotes the following activities:
Liver Cell Growth ------ Silymarin from milk thistle appears to promote the growth of some types of cells in the liver. Milk thistle is not used to prevent Hepatitis C Virus from causing liver disease. Rather, milk thistle is used with the hope that it would minimize the damage to the liver that HCV can cause.

Antioxidation ------ Milk thistle Silymarin may be an effective "antioxidant," which means milk thistle may help fight a destructive chemical process in the body known as "oxidation." In oxidation, harmful substances produced in the body (called free radicals) can damage cells. Some studies suggest that milk thistle silymarin can prevent these substances from damaging liver cells.

Inflammation Inhibition ------ Milk thistle's Silymarin is thought to prevent inflammation (swelling) of the liver; this may be described as displaying anti-inflammatory properties.
Silybin is the major active constituent of silymarin, both in vitro and animal research suggest that silibinin has hepatoprotective (antihepatotoxic) properties that protect liver cells against toxins, has also demonstrated anti-cancer effects against human prostate adenocarcinoma cells, estrogen-dependent and -independent human breast carcinoma cells,etc.

Common Milk thistle extracts is alcohol soluble, but poor soluble in water. Bioavailability of silymarin led to the development of enhanced formulations all over the world. Besides the common grade, We, Sunfull company also can supply the Water-Soluble Milk Thistle Extract, which adopts special manufacture process, so it has good solubility in water and can safely be added either into capsule, tablet or into beverage, and it has been marketed widely in P.R. China, Korea and Europe for years.

Toxicity
The acute toxicity of silymarin and silybin were investigated by oral and intravenous route in various animal species. No mortality or any signs of adverse effects were observed after silymarin at oral doses of 20 g/kg in mice and 1 g/kg in dogs. The 50% lethal dose (LD50) after intravenous infusion values are 400 mg/kg in mice, 385 mg/kg in rats and 140 mg/kg in rabbits and dogs. These data demonstrate that the acute toxicity of silymarin is very low. Similarly, its subacute and chronic toxicity are very low; the compound is also devoid of embryotoxic potential.

Applications
Functional food and food additive
Herbal beverage ingredients
Pharmaceutical stuff
Wuhan Kanal Technology Co., Ltd. founded in 2010,it is a large manufacturer of fine Pharmaceutical& Chemical & Cosmetic materials that integrates R&D, production and sales together.  Our Kanal company is established under the support of the Wuhan city government, so Kanal has large advantages in enterprise credit, finance security, product quality control, and cargo export.Kanal locates in the national new materials industry park of Wuhan city and is awarded the title of high-tech corporation.

Wuhan Kanal has its own R&D and development laboratory. We Kanal set up a R&D team with rich experience and strong technical strength, most of the practitioners have more than ten years' experience and technology in organic synthesis development. It owns almost 15 acre and more than 280 workers.

An ISO 9001 & GMP qualified company, we are mainly specialized in producing high quality but low price Pharmaceutical intermediates, APIs and other fine chemicals & cosmetics products which related to human and animals medicines as well as additives in gas &oil field, almost half of the goods are for exporting. What's more, we provide the OEM (customize) manufactures, if you can't find materials from the world, then tell us, we will research and produce in our high-tech equipmented laboratory. We are dedicated to satisfying our customers with our products and services.


1. We has 11 years' exporting experience in active pharmaceutical ingredient products.
Our professional and thoughtful after-sales service eliminates your worries.

2.We can provide you with ten thousands of products of different levels.

Our company is based on the optical valley biological city,making full use of the park policy advantages, focusing on the research and development of biological medicine.

The pharmaceutical intermediates are mainly applied to anti-cancer, anti-depression, cardiovascular, diabetes and other new medicine. The chemical intermediates mainly refer to heterocyclics and OLED intermediates.Our factory produce new fine chemical materials which are mainly used in water treatment, bactericidal and anti-corrosion, dyes, electronic materials and other industry fields.
Wuhan Kanal has export & import license, and hazard chemical sales license. The products are exported to America, Brazil, South Korea, Japan, Taiwan, Malaysia, Thailand, Indonesia, Europe union and other countries or regions.
Under rich experiences and excellent international reputation, the company becomes a quite influential enterprise in China's API field. Wuhan Kanal sincerely look forward to establishing long good cooperation with our customers from all over the world.